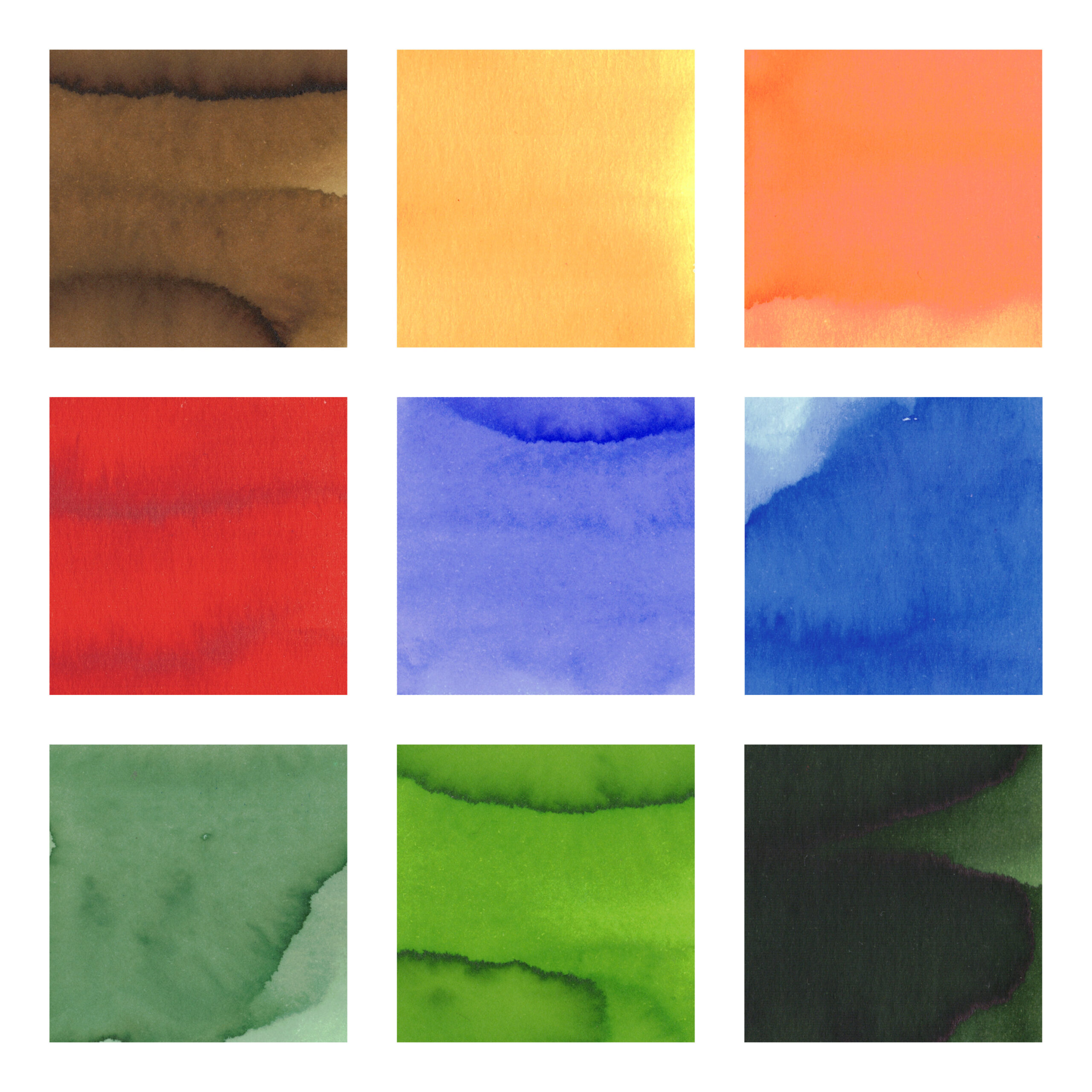 Pennonia has launched nine new colours on 1st of August!

I am really excited about this launch because it not only contains inks with new features but some standard colours that are fine-tuned and have added nuances to them which makes them a joy to use and appreciate on paper.

I launched the first set of Pennonia colours two and half years ago after many trial and error but I was still inexperienced at the time. Not that I know everything now, but I had a bit of time to experiment, learn and evolve and with that I realised that I could have created even better colours with more character to them. Some of the new old colours are the result of this while the completely new ones are the result of experimenting with great and interesting dyes.

Without further ado, the inks:

Alkonyat – Twilight : is a light purple ink which offers great shading but is not so light as to be hard to read. I chose to represent this ink using an owl.

Hajnal – Dawn : is a light blue ink which also offers great shading and is the companion ink to ‘Twilight’. The two were conceived together and complement each other well. ‘Dawn’ has excellent purple undertones which not only show up in writing but even more so when using it for artwork.

Napkelte – Sunrise: is a bright yellow ink which one would think won’t work on white paper but it actually does. The ink is close to a vivid lemon yellow with orange undertones. It can also be used as a highlighter ink. An interesting effect of the ink is that it is fluorescent. Using an ultra-violet light will light this ink up on the paper.

Napnyugta – Sunset: is a coral / orange ink (yes, I know it’s close to ‘Bubblegum’ and ‘Copper’ but hear me out) which is the companion ink of ‘Sunrise’. Like the latter, it too can shine under UV light. I know Pennonia already offers similar colours but each has a similar effect. ‘Bubblegum’ is a pastel and is part of the dual-shader line-up. ‘Copper’ is water-resistant and ‘Sunset’ is fluorescent. We totally needed this colour.

Kárpátzöld – Carpathian Green : is the first of the green trio. It is a muted green ink that again has nice shading properties and at this point it should not come as a surprise to you but this ink as fluorescent. I mean, is there any green fluorescent ink on the market? We solved that problem too. ✔

Meseszép – Fairy-Tale : is a bright, vivid and saturated green. This is one of the inks that I was talking about when I was referring to adding nuances to older colours. It actually is the ink when I think about ‘Apple Green’ even though I know that real life apples are never this green. Please think of this as the siblings of Almazöld, which by the way was one of the first colours I have ever created back when I was only experimenting. Of course, like almost all Pennonia inks, this one has shading too.

Fenyves – Boreal Forest : is what I would call a dark green that wants to be a green black. This ink has slight yellowish undertones but at the same time, if it pools during writing, it turns dark. It’s a multi-component ink and it shows if you look at it closely. It also has naturally great flow and is a joy to use.

Faházikó – Tree-house : is a great neutral brown which neither leans to the red side of the colour much but neither to the yellow side as well. To me this is the colour what I think of when I hear the word ‘brown’. The inks shows good shading properties on paper.

Kalotaszegi Vörös – Kalotaszeg Red : is the other ink that I would call a revised version of ‘Devil’s Red’. Both reds are saturated and vivid but while ‘Devil’s Red’ is a pure red, ‘Kalotaszeg Red’ has some depth to it that shows up in the swatch and in writing as well. It is of course no surprise since it’s a multi-component red while the earlier is a single-component ink. Both are great choices if you like red inks!

Free Shipping to EU/USA/CA on orders above 200€ 🚚 Dismiss